Joe is the Founder and CEO of JoeWoo, a Career And Life Coach firm based on proven systems and strategies to proactively manage one’s career and life. He has become a featured speaker in his industry, and travels frequently to share his story and message of following one’s true passion.

His mission is to help career professionals become more proative in their careers, in transitions from being laid off, or even wanting to change careers.  Joe firmly believes that the right career path is a significant part of one’s life, and choosing the right path will lead to greater success and fulfillment in life!

His methods range from simple personal development exercises to firewalks, enabling clients to have massive breakthroughs. His podcast, The Joe Woo Career And Life Show, has featured A list celebrities and Fortune 500 CEO’s. Joe has appeared on NBC, The Total Tutor Network, and is a writer for SuccessFastlane.com.

JoeWoo was born Joseph S. Rychalsky in Philadelphia, PA in 1975. At an early age, Joe was already showing signs of an entrepreneur and entertaining people. He had a small lemonade stand at age 5, and he took a particular interest in the children’s television show, Mr. Roger’s Neighborhood. Joe could be seen taking family members sweaters and changing in and out of them while putting on a show, just like Mr. Rogers.

During his teenage years, Joe took to film and television production as a passion. Every holiday, he broadcasted live television shows from his basement for his family. Joe enlisted the help of his family to produce these shows, and he somehow hooked up wires and cables from the basement to the television in his family room to do this broadcasting. These shows are still talked about over 20 years later, especially the story where he and his late Uncle Mike nearly burned down his parent’s basement with special effects!

Although he was intent on following this passion while attending Villanova University in the mid-1990s, Joe did not follow through on his passion and dreams. After graduating from Villanova University in 1997, he settled for a job in the financial services industry. That’s right, Joe settled like so many of us do! In addition, Joe was driven by the need of instant gratification and mismanaged his finances to near financial ruin.

Although he settled for a job, he became a leading expert in Customer Service and drove innovation with many customer and employee engagement programs that still stand today. During this time in the Customer Service industry, he was able to resolve complex and crisis issues that gave him a nickname of JoeWoo. His manager at the time in 2004 called him unflappable and cool under pressure, diffusing any fire that came his way. And as they always say, the rest is history! But not with JoeWoo being born! He knew he needed to start writing a new story, a new history, a new beginning. One that would now help others overcome similar challenges!

One day in 2012 he woke up and had an idea that could help people and make a huge positive dent in the universe. So he hired a life and business coach to help him with his vision, and change course of his and his family’s life for the better! That day back in 2012 was one of the biggest game changers of his life.

Joe took up life coaching and became a certified life coach. Knowing that he had a gift for helping people and creating amazing experiences, he dedicated himself to this new passion. In 2014, Joe took his life and career coaching a step further by becoming a certified Firewalk Instructor through the Firewalk Institute of Research and Education, the same school that taught Tony Robbins and T. Harv Eker. Joe has walked on hot coals over hundreds of times and he has successfully walked many individuals over 1200 degree hot coals to achieve great success.

With this new passion and drive in hand, Joe now embarks on a new journey and purpose. His new business, JoeWoo.com has been created to help everyone find their true calling in life with the path they were mean for. Joe goes above and beyond to help people, to make people feel inspired and loved, and to live their life to the fullest. He gives a voice to those that are not able to or do not have the strength to, for he believes these acts will inspire the world and ignite the fire and change needed, one act, one person at a time. And it’s all done because of the “why” he wrote down that day in 2012. To help as many on this planet live life to the fullest and fulfil their dreams, and most importantly, to provide the most amazing life for his family: his wife Barb, daughter Kaley, and son Gavin! 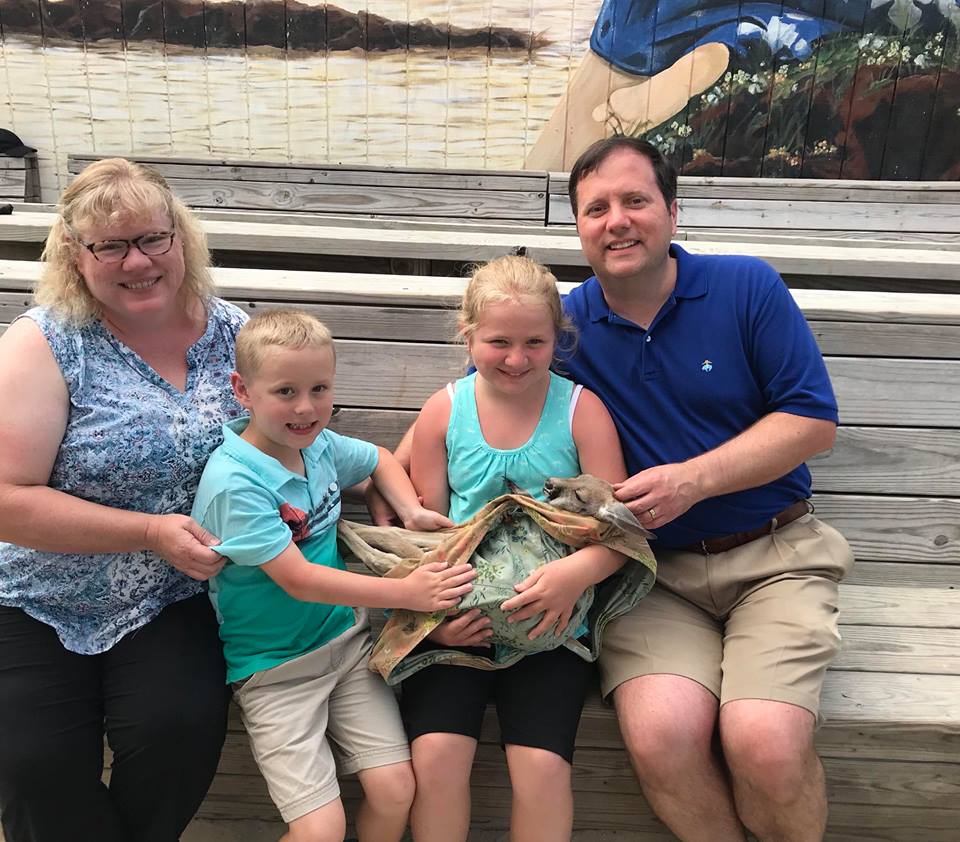